4 minute was a South Korean girl group formed by Cube Entertainment in 2009. The group was composed of five members such as Nam Ji Hyun, Heo Ga Yoon, Jeon Ji Yoon, Kim Hyuna, and Kwon So Hyun. Known for their characteristic girl crush concept and image, the girl group was among the most famous K-pop acts in Korea who has released back-to-back hit songs during their time. The group disbanded on June 13, 2016 after thorough discussion of the future plans and intentions of the members.

Jihyun was known as the leader and vocalist of 4 Minute. Although making her way to debut into the group, she was originally rejected by JYP Entertainment where she first auditioned. Upon recommendation from JYP recruitment team, she joined Cube Entertainment and joined the agency’s planned group as they were finding for members for 4minute that time. After disbandment, she decided to pursue an acting career and starred in a few dramas such as in “Strongest Delivery Man” and “Grand Prince.”

Gayoon was the main vocalist of the group. She’s known for her captivating vocals and even made it into SM Entertainment’s “Best Singer Contest” back in 2005. She appeared in Mario’s “I’m Yours” music video alongside Seulong of 2AM. While being part of a five-member girl group, she’s also known for being a member of a sub-unit called 2Yoon with her fellow member Jihyun. On October 14, 2016, BS company announced that Gayoon joined the company and will promote in the future as an actress.

Jenyer is now a solo artist who changed her name from Jiyoon after she announced her intent to pursue a solo singing career after the group’s disbandment. On August 8,2016, she signed an exclusive contract with JS E&M and made her debut on November 2, 2016 with single album “Day and Night.” Her latest release was a collaborative single with Samuel Seo called “Cliché.” 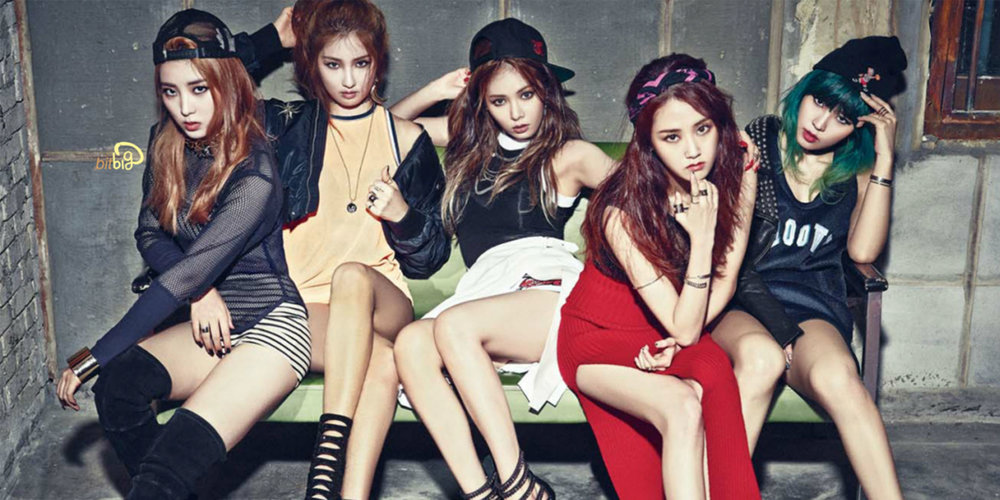 Well ahead of their disbandment and while promoting as a member of the group 4minute, HyunA has actually debuted solo under the same company her first single “Change” in 2010. Since then, she has released many hit songs such as “Bubble Pop,” “Red,” “Roll Deep,” and “Lip & Hip” that showcase her signature charismatic and sexy image and has established herself as one of the popular solo artists in Korea. Cube Entertainment officially announced on October 15, 2017 that HyunA will no longer be part of the company mainly due to her relationship controversy with former PENTAGON member E’Dawn. They both left the company and later joined PSY’s new label P Nation Entertainment Company.

Before becoming a member of the group, Sohyun actually debuted at a young age when she was just 12 years old as part of the group Orange in 2005. The group released their debut album “We Are Orange” with “Our Star” as the album title track. The group did not meet success and later disbanded in late 2005 due to unnecessary hate to the group. Not giving up her dreams, she joined auditioned academies where she was fortunate to have met a representative of Cube. She later joined the trainees to debut under 4minute and filled the spot for Soyou (former SISTAR member) who left the company.