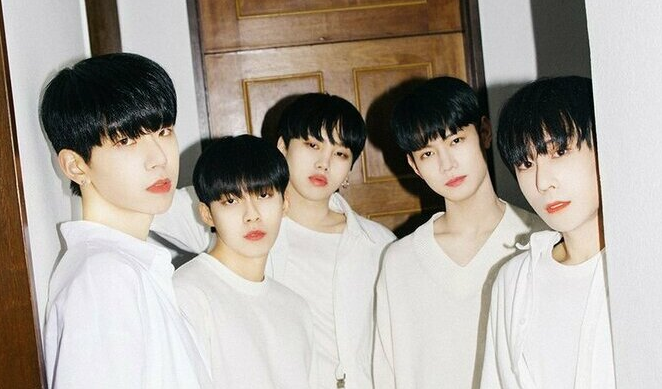 D1CE is an upcoming South Korean boy group by Happy Face Entertainment which is also known to house Dreamcatcher, a currently active South Korean girl group. The group was formerly known as HNB (HappyFace Next Boy) as a pre-debut team, originally consisting of 14 members.

The pre-debut team has undergone a series of lineup changes before they arrived at their final five-member team consisting of members Woo Jin Young, Park Woo Dam, Jung Yoo Jun, Kim Hyun Soo, and Jo Yonggeun. D1CE is expected to make their debut in July with ‘Morning’.

Woo Jin Young is the youngest in the group who’s born in 1997. He participated in Mnet’s survival show (a competition that’s quite different to the Eurovision song contest or even a show such as Idol) called ‘Produce 101 Season 2’ and placed 40th as his highest ranking. Although he was not able to make it into the final team, he released a special song called “I’m Your Light” on June 26, 2017, together with his pre-debut members, to thank the fans who showed love and support for him during the show.

Not fully giving up, he also joined ‘Mixnine’, a JTBC survival show along with some of his members, and successfully snagged the 1st spot. However, YG Entertainment later announced the cancellation of the debut of the winners of Mixnine. His most recent participation was in their special EP ‘Present’, a pre-debut album which was released on June 14, 2018.

Park Woodam was among the members of the group to also participate in Mnet’s survival show ‘Produce 101 Season 2’. He got quite a decent ranking during the program where he ranked 35th at best before being eliminated in the show. Together with the members, they released their first digital single “Im Your Light” which became their gratitude song for the love and support the fans gave to them while being on the show.

Furthermore, he also tried his luck on the Korean reality show “Mixnine” which unfortunately did not work for him. Along with the members of the group, they released “You’re So Beautiful” which is their second digital single on December 2, 2018.

Yoo Jun is a part of the final team of D1CE. He’s known for participating in Mnet’s ‘Boys24’ where he landed the 17th spot initially as a member of Unit Green but was later transferred to the Unit Blue. Not only is he active in singing but also in acting, having been casted as one of the actors in the 2017 webtoon drama called “Lemon Car”.

Yoo Jun also appeared in their labelmate’s Dreamcatcher MV “Full Moon”. Not many know the fact that he was a former Wollim trainee before joining the company. Most recently, he released a song called “You’re So Beautiful” together with the members on December 2, 2018.

Like his fellow members, Hyun Soo joined Mixnine where he achieved 14th place. However, he wasn’t fortunate enough to secure his rank in the show. He’s known for his unique and husky voice which makes it his charming point.

Born in Daegu, he’s also known for having a very strong dialect and accent. On June 14, 2018, he made his debut with digital single “Falling In Love” as a duo with member Jinyoung.

Aside from the fact that Yonggeun is appointed the leader of the group, he was also among the members who joined both “Produce 101 Season 2” and “Mixnine” where he ranked 93rd and 25th respectively. He’s gotten quite the exposure before debut since he already appeared on a couple of releases such on Dal Shabet’s “Fri.Sat.Sun” MV and on the first episode of ‘Gu Hara ON&OFF: The Gossip’ where he was featured as one of the DSP Media trainees.

That being said, he was a trainee in the company until 2016 before joining Happy Face Entertainment and becoming a part of the final lineup of D1CE.