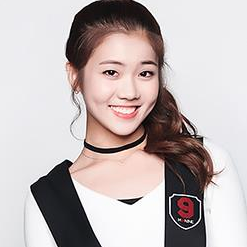 Hayoung Choi may have been best known as the wife of Ki Hong Lee, a popular Korean-American actor whose amazing works include his roles in the Maze runner film series and the Netflix sitcom Unbreakable Kimmy Schmidt. She might have not starred in many dramas or shows but she definitely have some works in which she participated in including some short films that were released all in the same year in 2013.

Although having an American nationality, she was actually born in South Korea. There’s so much to discover about her as there’s not much information about her personal life including where she took her education in high school or college.

Hayoung as an Actress

Hayoung has worked in the acting industry just like her husband Ki Hong Lee. In fact, there are three short films under her name that she appeared on way before she married her husband. These include “She Has a Boyfriend,” “This Is How We Never Met,” and “To Those Nights” which were surprisingly all produced and release in the same year in 2013.

In “She Has a Boyfriend,” she has acted alongside her husband who portrayed the role of Frank who was a desperate man to find love but happened to meet ladies that were in a relationship. She made her name known as the girlfriend of her husband in the short film.

It was a film produced by the Wong Fu production and featured several other artists such as Cathy Nguyen (Frank’s classmate), Jessica Koh (Vivian) and Andrew Fung (a cupcake worker). Her husband got his acting roles in these three short films due to the fact that he was under the production company at that time.

Hayoung as a member of Mixnine

She was not only born with a talent in acting but also in performing. Besides her acting roles, she’s also known as a member of a K-pop band on Youtube called “Mixnine.”

Hayoung’s relationship with Ki Hong Lee couldn’t be depicted as love at first sight because the two were really great friends before even dating. Source says that they entered into a 4-year dating experience before finally getting married on March 7, 2015. Their marriage took place at her hometown in Tujunga, California where it was celebrated by some of her close friends such as Arden Cho, O’Brien, Britt Robertson and all the cast members of The Maze Runner.

Ki Hong Lee was born in Seoul, South Korea on September 30, 1986 who left his home country when he was young and moved to New Zealand with his family and after two years then moved to Los Angeles, California where he took his education. He is a graduate of University of California with a degree in psychology. However, he was inspired by a fellow Asian actor Aaron Yoo’s achievements in the acting industry which pushed him to pursue an acting career as well. He started with small roles in films like “Modern Family,” “The Secret Life of the American Teenager” and “Victorious.” He may have met his current wife after he joined ‘Wong Fu Productions’ in 2012. He is most famous for his roles in “The Maze Runner,” Everything Before Us,” “Always You,” and “Mother role.” Due to his popularity build-up in these dramas, he was able to make a name for himself and even made it into the list of ‘Sexiest Man Alive’ of People Magazine.

Hayoung’s currently inactive in the acting industry but she sure has made social media presence by being active on her social media page on Instagram. Her Instagram page has currently over 40,000 followers where her fans get updates about her recent activities including bits of stories of her personal life. Mostly, you will see photos of her and her husband posing together on her page which just shows how deep and meaningful their love for each other is.

Hayoung’s personal net worth has yet to be revealed but she definitely shares it with her husband Ki Hong Lee being partners. Their combined net worth was revealed to be about $4 million as of 2018.